The person, be it gentleman or lady, who has not pleasure in a good novel, must be intolerably stupid.
—Jane Austen, Northanger Abbey

You can teach writing--assuming a talent.

You can teach [writing]—assuming a talent. At the beginning young writers pour it out without much knowing the nature of their talent. What you try to do is hold a mirror up to their fiction so, in a sense, they can see what they’re showing. Not all who come forth are fully armed. Some are gifted in narrative, some shun it. Some show a richness of metaphor, some have to dig for it. Some writers think language is all they need; they mistake it for subject matter. Some rely on whimsy. Some on gut feeling. Some of them don’t make the effort to create a significant form. They do automatic writing and think they’re probing themselves. The odd thing is, most young writers write traditional narrative until you introduce them to the experimental writers—not for experiment’s sake, but to try something for size. Let the writer attempt whatever he can. There’s no telling where he will come out stronger than before. Art is in life, but the realm is endless.

—Bernard Malamud
Posted by Esme at 11:31 AM No comments:

The Grand Tour was the traditional trip of Europe undertaken by mainly upper-class European young men of means. The custom flourished from about 1660 until the advent of large-scale rail transit in the 1840s, and was associated with a standard itinerary. It served as an educational rite of passage.


It was time for him to perform the tour, which for many generations has been thought necessary to enable the young to take some rapid steps in the career of vice towards putting themselves upon an equality with the aged, and not allowing them to appear as if fallen from the skies, whenever scandalous intrigues are mentioned as the subjects of pleasantry or of praise, according to the degree of skill shewn in carrying them on.

Vampire Books I Actually Think Are Worth Reading

I'm rereading Dracula, and so I've decided to make you a list. I was quite into vampire books in high school, but most of them I now find boring and/or problematic and/or they just aren't doing anything new or interesting with the genre. But there are a few vampire books I do find worth reading. Here they are:


Sunshine by Robin McKinley This book has neither the romanticized vampire nor the monstrous bestial vampire, plus it has a protagonist any feminist can be proud of.

"Carmilla" by Sheridan Le Fanu One of the two short stories* that founded vampire lit. Without "Carmilla," there'd be no Dracula. It's dripping with lesbian sexual tension.

The Vampire Chronicles by Anne Rice Interview with a Vampire and The Vampire Lestat are always worth a read.

Dracula by Bram Stoker Not only foundational, but still an enjoyable read over a hundred years later.


*The other story is "The Vampyre" by John Polidori.
Posted by Esme at 11:48 AM No comments:

In the bottle the acids were long ago resolved; the imperial dye had softened with time, as the colour grows richer in stained windows; and the glow of hot autumn afternoons on hillside vineyards was ready to be set free and to dispel the fogs of London.


—from The Strange Case of Dr. Jekyll and Mr. Hyde by Robert Louis Stevenson
Posted by Esme at 1:02 PM No comments:

I spent a lot of years trying to turn myself into a brand because they told us self-branding is a way to success. And I kind of believed the hype. It’s just not true. To this day, I see writers publishing their first book or their second book and I can just see them going overboard with the marketing and getting all hyped up about it. You just have to write. If something good happens for you, post it on Facebook or Twitter or Pinterest or wherever you make your social-media home, but don’t overdo it. Enough with the marketing! Enough with the goddamn marketing already! I’m sick of it.


—Neil Pollack, from this interview
Posted by Esme at 11:30 AM No comments: 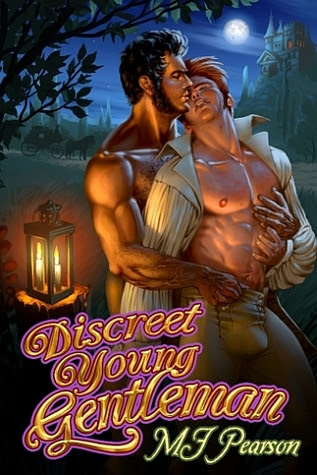 This cover is just so typically bodice-ripper, minus the bodice. I think we should dub it breeches-ripper. It makes me chuckle.

But this next one provides all the bodice we could want.

Do you know of any queer historical romances?
Posted by Esme at 7:47 PM No comments:

To continue this small series of posts on Jane Austen, today I'm going to do a chronology of her life, focusing on her writing. Was Pride and Prejudice Austen's first book, or just her most famous? Was it the first drafted? What about Northanger Abbey and Sense and Sensibility? I feel like I've heard different accounts on the order that Austen wrote and published her books, so today I'm setting the record straight. You can find a more detailed version of this timeline in the Penguin Classics edition of Northanger Abbey.